How To Attain Liberation And Moksha

As per Sanatana Dharma or Hinduism, there are four proper goals or aims which are to be achieved in human life. They are - Dharma (Righteousness), Artha (Wealth), Kama (Rightful Desire) and Moksha (Salvation or Liberation). Moksha is the ultimate goal of the human life which liberates a soul from the endless cycle of birth and death.

How can one attain Moksha?

The ancient holy texts describe about various ways to attain Moksha or liberation from the cycle of birth and death. There are descriptions of holy cities which bestow Moksha upon the visitors . Like -

It means that the Sapta Puri or the seven holy cities [Ayodhya, Mathura, Maya (Haridwar), Kasi, Kanchi, Avantika (Ujjain), and Dwarika Puri] bestow Moksha upon people who visit them.

It means that the soul attains eternal salvation or Moksha if one comes across the sight of Dolagovinda playing holi, Madhusudana enjoying a boat-ride and Lord Jagannath moving in His Chariot at Puri (Jagannath Dham).

In the Matsya Purana, Lord Shiva says -
“Varanasi is always my most secret place, the cause of liberation for all creatures. All sins which one may have accumulated in thousands of previous lives disappear as soon as one enters Avimukta (Varanasi)”.

That is why many people at the fag end of their life prefer to die at Varanasi with a belief that they may attain salvation or Moksha in this way.

Sometimes the above ways seem too easy to be true, because one may question oneself that even if a sinner visits the above mentioned places or has a glimpse of the Lords, how can it bestow Moksha upon them without any positive effort from their part to achieve good karma? Because commonly it is believed that unless the past wrong deeds or karmas are negated, one can not attain Moksha or liberation. Again, even if visits to the above mentioned places and glimpse of the Lords negate the past bad karmas, then what about the future bad karmas that one may commit in his lifetime? Won't it be an obstacle towards his attainment of Moksha?

So how to negate the past bad karmas and achieve Moksha?

Yoga is the means to attain Moksha.

To know about Yoga in detail, one may read the Bhagavad Gita. It describes different types of Yoga in detail and ways to practice them.

Also one can practice the Ashtanga Yoga or the eight-fold path of Yoga to attain Moksha.

It is advised to take the help of a Guru while practising Yoga or spiritual disciplines. It is said -

At last, let us know about the best and easiest way in Kali Yuga to attain Moksha.

The best way to attain Moksha in the Krita Yuga (Satya Yuga) was Dhyana (Meditation); in the Treta Yuga was Yajna (Conducting Fire sacrificial ritual); in the Dwapara Yuga was Archana or worship. In this Kali Yuga, due to the predominance of Rajasic activity in Man, it is not possible to engage oneself in Dhyana, Yajna or Worship. So Namasmarana (Taking the name of the Lord repeatedly) is the best means to cross the ocean of delusion or attain Moksha in Kali Yuga.

That is why Kali Yuga is considered as the best age in which with minimal effort one can attain Moksha or liberation.

May all tread the path of Dharma (righteousness) and acquire Artha (Wealth). And with this Artha may all fulfil their Kama (Rightful Desire) and with the fulfilment of all their rightful desires may all try to attain Moksha or liberation which is the ultimate goal of life. 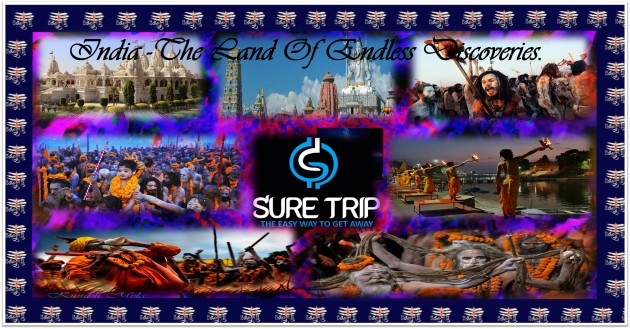 This entry was posted on March, 19, 2018 at 16 : 05 pm and is filed under The Theory Of Superimposition. You can follow any responses to this entry through the RSS 2.0 feed. You can leave a response from your own site.